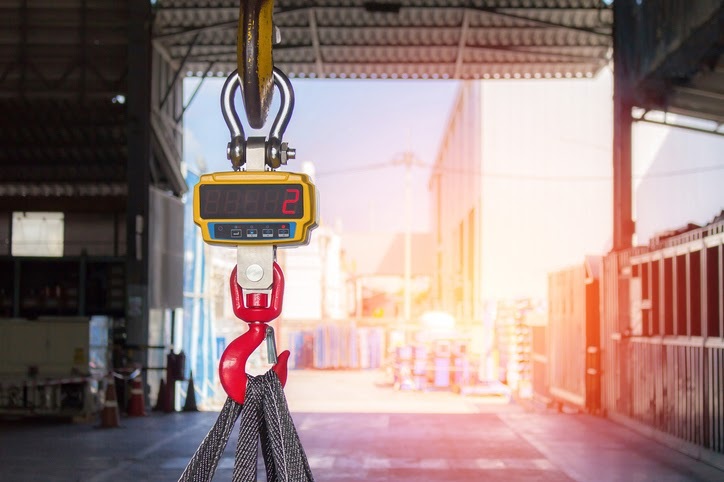 Weighing scales are omnipresent in almost all kinds of industries. Industries deal with heavy objects on a daily basis. Weighing scales, hence, become of utmost essence. Crane scales are multifunctional and can be used to weigh an array of materials.

What are crane scales?

It is a hanging scale that is used for a plethora of commercial as well as industrial operations. Crane scales are used for estimating the load and the pressure on the crane. The measuring range of crane scales is from 0 to 200,000 kilograms.

It is very efficient and gives precise measures. Crane scales are most commonly used for weighing raw materials. They ensure that operators or workers do not overload cranes or hoists. Overloading can result in safety mishaps and can also break the equipment.

What are they used for?

Crane scales are ideal for weighing oversized loads that are bulky and cannot be weighed using conventional platform scales.

They are used for weighing freight before it is transported onboard on planes, cargo ships, and trains.

They determine whether a certain load is too heavy to be lifted by a crane or some other lifting machine or equipment.

Crane scales are usually attached to the hook of cranes or lifting machines or hoists.

They display digital readings that indicate the weight of the material and the amount of force being subjected to the crane. This allows the operator to determine whether the crane can transport it or not.

What are the types of crane scales?

Crane scales find their utility in many distinguished industries. They are demand-oriented and user-friendly. There are different types of crane scales that are used in industries.

They are often made to withstand considerably heavy weights. They are very easy to use.

Despite their easy-to-use design, they are sturdy and durable. The minimum weighing capacity of digital crane scales starts with 50 kilograms.

Their maximum weighing capacity is 100 metric tons. The framework of these cranes is fortified with heavy-duty powder for trouble-free functioning in adverse conditions.

Some of these scaled are also equipped with gravity acceleration technology to avoid intervention. And these scales can be used anywhere across the globe.

They have extremely durable and study designs.

The readability of these scales is unparalleled. Their weighing capacity spans from 300 kilograms to 30 tons.

Both digital and electronic crane scales comply with OIML standards which is an international standard-setting body.

The weighing capacity of a double girder is from 1 to 150 tons.

The double girder is usually used in industrial operations that involve the lifting of intense heavyweights.

Why should you invest in crane scales?

Crane scales have numerous advantages. They are more convenient and efficient than traditional and conventional weighing equipment. We have compiled a list of advantages for you to make well-informed choices. Read on:

Space is of the essence. We live in the era of confined spaces. Even if your facility is spacious, it is not necessary that you have a special provision for weighing and scaling.

A crane scale is extremely space-friendly. The best part of using a crane scale is that it can be carried to the object that you wish to weigh. This way, you can save precious space and store more important objects in it.

It can weigh anything and everything

Some objects are oddly shaped and cannot be weighed accurately using conventional scales.

Crane scales specialize in weighing such objects. It can weigh objects of any shape with ease and precision.

When raw materials are manufactured for automobiles, aeroplanes, trains, and so on, precise weighing is crucial.

Crain scales can be used to take accurate readings in such cases. Conventional weighing machines usually do not have a conclusive resolution. They cannot weigh raw materials accurately.

Crane scaled are industry-favourites because of their ease of use. They are not complicated and anyone who does not have prior technical knowledge can use them with ease.

Once an object is weighed using them, digital reading is shown by the scale. The reading is easy to understand and interpret.

Crane scales are easy to carry around. This feature makes them a popular choice. Their portability allows them to be carried anywhere in the facility.

They can be carried on top of shelves, equipment, and so on with absolute ease.

What is the difference between a hanging scale and a crane scale?

Hanging scales and crane scale are two of the most popularly used weighing scales in industries.

The basic difference between a hanging scale and a crane scale is their weighing capacities.

Hanging scales are used to weigh lighter objects and these scales can be held in hand when they are weighing an object.

Where to buy it?

To buy the most efficient crane scales for your business, reach out to Any scales. We provide demand-oriented commodities to our customers and help them make well-informed and intelligent decisions. Reach out to us to know more.

How to Choose the Right Industrial Shredders for Your Industry?

5 Essential Things to Consider When Purchasing a pH Meter

Checkweighers for Wet and Harsh Environments

ABOUT US
Get the latest news and developments in the field of scientific and mechanical instruments and everything in between.
© Copyright Your Instruments. All Rights Reserved